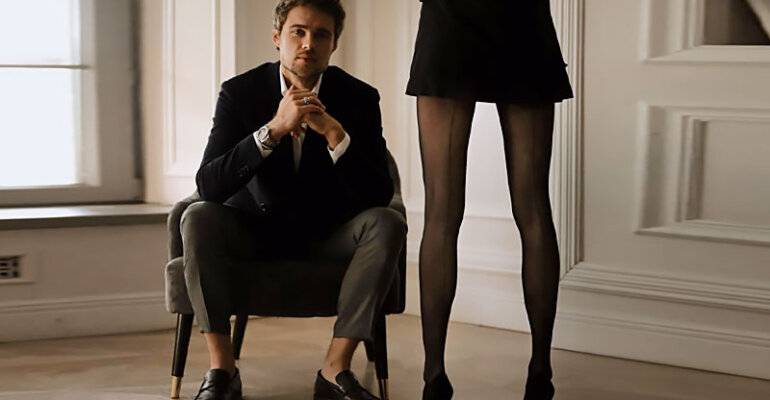 Home » Guides » Are sugar daddies legal? Is it illegal to pay for companionship?

Are sugar daddies legal? Is it illegal to pay for companionship?

Sugar dating is a dating practice where a person (typically a girl/young woman in her 20s or 30s) receives money (often cash) and gifts in exchange for sex, dates, and sexual favors. The number of sugar babies is constantly increasing and typically, sugar daddies give their partners around $2,800 per month. Sometimes, sexual contact is not included, but in the absolute majority of cases, it’s about younger women having sexual contact with older, wealthier men in exchange for gifts, cash, and other benefits—these benefits are metaphorically called “sugar”.

A woman/girl who is paid to engage in sexual conduct is basically a person who wants to exchange cash for sex. So, is it a prostitution thing?

Basically, it is—but at the same time, it’s not. It’s a complex legal issue (and a possible Class B misdemeanor), and we’ll talk about it later—but if you’re going to be a sugar daddy, you don’t need to worry about prostitution, law enforcement, and the illegality of sexual conduct between two adults (this even sounds weird, doesn’t it?).

The short answer is no. After all, there are dozens of websites intended for sugar dating, like Seeking Arrangement, and both this site and the sites like SA simply wouldn’t have been available in the US if they were not legal.

The point is all these sites—or at least the biggest sugar dating sites—distance themselves from escorts, prostitution, and other types of violence (e.g. money laundering) that can attract the police and lead to law problems. SA says in its agreement that “escorting and/or prostitution is explicitly banned”, and women who act like prostitutes—for example, send messages like “$200 for 1 meeting, your place” or exchange specific sex acts for money—get banned immediately. They want no problems with the law, so they protect both themselves and their users. You can create an account on this site, contact other users, read their “tips and advice” section, get involved in a sugar daddy relationship, have dates and have sex with sugar babies without offending the law. However, as we’ve said before—it’s a very complex legal issue, and it’s technically possible to offend the law by being involved in a sugar relationship.

Is it illegal to pay for companionship?

Sugar daddy relationships: illegal or not? That’s a very common question lots of sugar daddies have.

In short, it isn’t. You can search for women on an SD website, have a sugar relationship, give them money, and have sex with them without offending the law. But only if you don’t exchange money for sex—in this case, it’s not a relationship anymore, it’s prostitution—that’s what all lawyers and attorneys will tell you in any state, from New York to Texas.

Here’s the thing: it’s legal to engage in a sugar daddy relationship as long as you’re paying your SB money for companionship, not for sex, you’re ok. Paying for sex is considered prostitution and is prohibited for both sugar daddies and babies.

Is it illegal to pay for a date?

As you’ve probably noticed, the line between prostitution and legal relationships between a daddy and a baby is blurred. When you search, chat on a website, and meet a woman, it’s ok, but it’s a problem if you pay her for dates.

But the thing is, the date is usually not only about sex. Social events, theatres, restaurants—it’s never only sex on the table, and there is always an emotional part in the relationships. In this case—if your dates are more than “meet, get laid, and give gifts”, it has nothing to do with prostitution.

So, is it illegal to be a sugar daddy?

Well, no—no one will arrest you because you’re a sugar daddy or because you search for women on a SD website. However, as we’ve said, the line is blurred. If a third person decides your relationship is quid-pro-quo (money for sex)- or a group of people, if we’re talking about the US. In case you’ve screwed up and it’s now in the court’s hands, it’s the jury that decides if it’s prostitution or not. However, even it’s only about sex and money if in your relationship, the chances are extremely low that it will come to that.

It’s not just words. Matthew Galluzzo (lawyer, the owner of a law office, and a former sex crimes prosecutor) says that despite sugar relationships are obviously in a gray area, he is unaware of any arrests being made by police or other law enforcement units in New York related to sugar relationships.

When you search for SBs on a sugar website (no matter how this website is called), you’ll meet lots of ladies who provide certain sex services. What’s the difference?

Prostitution is a direct exchange of sex for payment—when you meet a girl, get her $200, have sex with her, and go home, it’s prostitution. Escort is not always about a sexual act, it’s about spending time with the client and providing a company in exchange for payment. Prostitution has nothing to do with emotional connection—and that’s the main difference from sugar dating.

So, are sugar babies prostitutes? It depends on how you look at them. If you’re a prostitution lawyer or one of those attorneys who specialize in sexual violence, then yes—it can be prostitution to you as you are not involved in the relationship and judge only the outlook of it. If you’re, however, a man who wants to spend some time with a beautiful, smart, and interesting lady in exchange for certain remuneration, then no—it has nothing to do with prostitution.